Five days, five days, five days! The countdown to Shooting Scars is dwindling, folks! In the meantime, check out this interview I did with the talented Joanna Wylde. She talks about her alias (very funny *narrows eyes*), flawed characters AND a lot about her research that went into the hit Reaper’s Property and her upcoming book in the Reapers MC, Reaper’s Legacy, including her favorite scene (it involves losing your virginity with a douchebag, so you know you’ll want to read that).

KH: Hello Joanna! For those who haven’t read The Artists Trilogy, can you explain what it’s about and why they should read it?

JW: One of the great things about your writing, Karina, is that is doesn’t fit neatly into the types of categories we usually use to define romance novels. You always go bigger, and the Artists Trilogy definitely takes romance to a new level.

Sins and Needles introduces us to three very complex characters – Ellie Watt (a young grifter), Camden McQueen (a high school friend of hers who always loved her), and Javier Bernal (a Mexican gangster who was once her boyfriend). Their story starts when Ellie returns to her home town after running out of places to stay and people to con. She reunites with Camden, sparks fly, and dysfunction takes over.

That description doesn’t begin to do it justice, though. Like so many of my favorite books, Sins and Needles is really driven by strong characterization. The plot may be complex and satisfying, but watching Ellie grow from a woman who exists only to steal from others into a person capable of deep sacrifice was compelling. I can’t wait to see what comes next in the series.

KH: If you had to choose for yourself, would you pick tortured tattoo-artist Camden McQueen or psychopathic, sexy drug lord Javier Bernal? Is your choice any different from whom you think Ellie should end up with?

JW: If I had to choose for myself, I think I’d run away from both of them as fast as I could! Camden and Javier are sexy as hell, but to say they have baggage isn’t nearly strong enough. Javier is incredibly compelling to me because I always go for the bad guy in a book. And he’s unapologetically bad – a criminal who isn’t looking for redemption, at least not so the reader can see in Sins and Needles. I like that because it’s honest and in your face.
Camden is physically sexy and a tough in his own right, but I think for now I’ll stick with Javier. That could change, though. Cam isn’t exactly weak or innocent himself. And physically? Holy shit, he’s hot.

KH: Name one redeeming quality about each character and one terrible flaw

JW: Well, I don’t want to give away spoilers, so I’d suggest that if your readers haven’t read the book, they skip over this answer.

When we meet Ellie, she’s nothing but flaws. She’s a liar and a thief who sees an innocent man she’s wronged in the past and immediately decides to wrong him again. But as the story progresses, her conscious kicks in and by the end she’s literally willing to give up everything to protect a helpless child. Her sacrifice and innate sense of morality is a complete turnaround for her character, and it’s done in a believable way. That’s some serious redemption.

Camden is the complete opposite. He starts out as the nice guy and then we learn that he’s actually a ruthless criminal in his own right, fully capable of manipulating and using Ellie in his quest for freedom. His flaw is that he’s weak and has let himself get into a terrible situation. His strength? I think ultimately he’s a good man.

Javier is one big flaw – he’s a bad person who does terrible things. Ellie may be his redemption? He’s obsessed with her, although we won’t find out how that obsession plays out until the next book. I’m really excited to see how it goes, I have to admit.

KH: Javier is one big flaw…I love it. Favorite scene in Sins & Needles?

JW: I’ll give another spoiler alert before answering this one. My favorite scene is definitely when Camden catches Ellie trying to steal from him. He turns from an attractive but relatively simple character into a dangerous and powerful man in about three sentences, and it blew me away. I didn’t see it coming – up to that point, I felt like he was a victim. Then he wasn’t.

KH: “Gotcha”- loved writing that scene. What would happen if your character from Reaper’s Property, Horse, took Ellie out on a date?

JW: He wouldn’t, because he’d never cheat on Marie. She’s way too good with a gun.

KH: What would happen if Horse and Javier fought?

JW: Well, Horse is definitely a physical character and he’s bigger than Javier, so I think he’d win a straight up fight. But I doubt it would get that far – I think it’s far more likely they’d size each other up and then start talking business…

KH: Reaper’s Property was a wonderful hit and you did a lot of research to get the MC life just right – can you tell us an interesting story or tidbit you discovered by investigating?

JW: Like you, I started out in journalism. When I decided to write a book set in a motorcycle club, it was all about the research. I read everything I could get my hands on and then – because reading can only take you so far – I started talking to guys who are actually in clubs. They represent a huge, vibrant subculture of incredibly interesting people. They’ve created their own alternative world operating right next to ours, but it’s below the radar for most of us. Diving into that was… eye-opening…

(Disclaimer time: It’s important to note that while many outlaw clubs have members who are involved in illegal activities, that isn’t the main reason an outlaw club exists. They share a love for riding, a desire for freedom from society’s rules, and a sense of brotherhood that’s incredibly strong. One size doesn’t fit all and it’s completely unfair to make sweeping generalizations about an entire culture – positive or negative – based on the actions of a few. For the record, I didn’t talk to anyone about illegal activities, and if I’d asked, nobody would have told me anything anyway. I’m an outsider and club members keep their business private.)

Having made that disclaimer, while I was writing Reaper’s Property, something happened that really knocked me on my ass. There was a public shooting of some men connected to one of my club contacts. I watched the story play out as reporters got hold of it. This is where I truly saw just how many different ways there are to interpret a single event, and how complex reality can be. Prejudice against the club in question was strong enough to color the coverage significantly, and there was a definite sense that the victims brought it on themselves. The facts of the case – as determined by the police – didn’t support this, yet that never made it into the papers.

Up to this point, I hadn’t really questioned what I’d heard about clubs over the years. I assumed they were criminals, and we all know that criminals who get killed made their choices, and we usually don’t feel much sympathy. This incident taught me that I couldn’t assume what I read is real and unbiased. News about clubs is presented in a very simplistic way. Reality is rarely that simple.

My view of the MC world has gotten even more nuanced since the book came out. For example, I’m gaining a far stronger understanding of women’s roles within clubs and their motivations every day. When I wrote the book, it was easy to find guys to visit with (big surprise here – men like talking to women who write stories full of sex!). Now I hear from women in clubs who have read the book, and their insights (good and bad) are fascinating. I’m so thankful to those who have been willing to talk to me and share their stories. The world of outlaw MCs is very private and I feel privileged to have been offered so many glimpses of a reality that very few non-club members ever get to see.

KH: Tell me what Reaper’s Legacy is about and if you have a favorite scene from that book?

JW: Reaper’s Legacy is the second book in my series about the Reapers MC, a fictional club set in my hometown of Coeur d’Alene, Idaho. It’s a follow up to Reaper’s Property and has many of the same characters, but is a stand-alone book. Here’s the blurb:

“Eight years ago, Sophie gave her heart—and her virginity—to Zach Barrett on a night that couldn’t have been less romantic or more embarrassing. Zach’s step-brother, a steely-muscled, tattooed biker named Ruger, caught them in the act, getting a peep show of Sophie he’s never forgotten.

“She may have lost her dignity that fateful night, but Sophie also gained something precious—her son Noah. Unfortunately, Zach’s a deadbeat dad, leaving Ruger to be Noah’s only male role model. When he discovers Sophie and his nephew living in near poverty, Ruger takes matters into his own hands—with the help of the Reapers Motorcycle Club—to give them a better life.

“Living with outlaw bikers wasn’t Sophie’s plan for her son, but Ruger isn’t giving her a choice. He’ll be there for Noah, whether she wants him or not. But Sophie does want him, has always wanted him. Now she’ll learn that taking a biker to bed can get a girl dirty in every way…”

I think my favorite scene in the book is in the prologue, where we have the heroine lose her virginity. I’ve gotten so sick and tired of these romances where there is this perfect, virginal heroine who has seventeen orgasms as she breathlessly makes love for the first time with a duke or a prince or whatever. So I wrote a scene that was realistic – Sophie loses her virginity on a dirty couch to a douchebag kid, and while it kind of sucks, it doesn’t ruin her life or brand her as a whore. I enjoyed writing it, and I think readers are going to enjoy something that’s gritty and real and kind of funny.

KH: Last but not least, if you were on the run from the law, what would it be for, where would you hide-out and what would your alias be?

JW: Seeing as I haven’t ruled out a future crime spree, I’d be crazy to share my plans for going on the run and hiding out… As for an alias? I’m sort of leaning toward “Karina Halle.” I like the sound of it – classy and believable, and just scrappy enough to give it some color.

Thanks again for having me, Karina. I can’t wait to get my hands on the next book.

You can win an ebook by Joanna, plus 29 other authors, by clicking here —–> RAFFLECOPTER GIVEAWAY

One response to “Sins & Authors – Interview with Joanna Wylde” 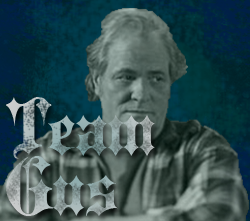