Good morning. Yes, it’s Monday. But you know what that means? 8 days until Shooting Scars! And to celebrate we have author KT Grant with us AND she’s got a Shooting Scars teaser to share with y’all! I had the pleasure of meeting KT in NYC last month where we had some pretty awesome margaritas at Vinyl in Hell’s Kitchen…

So, pull up a chair, make yourself a cup of coffee and get ready for one hell of an interview…because KT is NOT alone…

KH: Well, hello KT…seems you brought a little friend to the interview. Who is this rambunctious little sheep (I’ve had some drinks with him, but readers may not know)?

KT: This is Mho Fho, my demon sheep mascot who haunts my personal blog, Babbling About Books, and More. He’s been annoying me for 4 long years with his flirtatious and pervy ways.

Mho: *pushes KT aside* Yeah, I’m the best pervy flirt around! My harem of lovely ladies proves this. 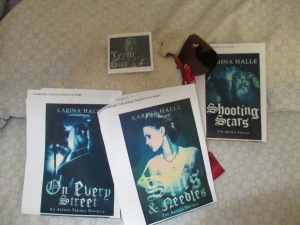 KH: Oh, Mho. Well, both you and Mho can answer these questions! Okay, so what compelled you to pick up Sins & Needles?

KT: I first heard of Sins & Needles from a few of my blogging buddies, and since I’m always on the lookout for new books, I bought Sins & Needles. The cover and blurb really caught my eye. I read Sins & Needles in less than 48 hours and have reread it more times than I can count.

Mho: *Shrugs* I get turned on by naked shoulders. Since I don’t have drool worthy shoulders, I hunger for them.

KH: Well, we all have our fetishes, am I right? OK, so Ellie Watt is a tough character for many female readers to like…why do you think that is?

KT: Ellie is a heroine who lives by her own rules and only looks out for herself. Some readers may think she’s selfish, but I admire Ellie because she’s had a rough life, but was able to survive through it all. She walks a fine line between wrong and right, but underneath it all, I think she’s s good person who’s been unlucky and stuck in some bad situations.

Mho: Ellie is a bad ass biotch with a takes no prisoner attitude. What’s not to love about Ellie? What I would love to do to Ellie is hop on her and –

Mho: *pushes aside KT’s hand* Before I was rudely interrupted, I was going to say, I would hop on Ellie and snuggle her, like a big warm hug. I’m very admired by my snuggling skills.

KH: Suuuuuuuure. KT, You’re Team Camden, I know that…but why do you think so many readers love Javier?

KT: Javier is an extremely sexy and powerful bad boy most readers can get hooked on. I can see his appeal, especially in the prequel, On Every Street. If I was in Ellie’s shoes, I would have been seduced by Javier also. I shiver when he calls her, angel. He’s such a devil *coughpsychocough* though.

KT: *looks at Mho oddly* That’s a strange answer. Why?

Mho: The name Javier means, “bright, new house” in Spanish. How can you not like a dude named after a house?

KH: Bahahaha. Well who doesn’t like a bright, new house? Albeit one filled with LIES. KT, if you had one night with Camden, describe it. Describe one night with Javier (this question is more for Kate, sorry Mho…unless you swing that way!)

KT: Oh, the things I could do with both of these men! But I’ll keep it PG-13. I’d love to watch Camden tattoo a few people (play with his tattoo gun *heh heh*) and then we would probably go play pool or to a bar and listen to live music. I’d want Javier to wine and dine me, and take me out dancing.

Mho: *jumps in* Don’t lie, KT! You’d snuggle both these dudes until they were a pile of mush the next morning.

KH: “snuggle” – so you’ve read Shooting Scars…can you tell readers what they are in for?

KT: Readers will want to hold onto their seats because Shooting Scars is a heart thumping, adrenaline rush. So many OMGWTFs will be pouring from readers’ mouths. Many will have their jaws dropping around their ankles and shocked in disbelief at what Ellie has to do to make it out alive. I can see some readers jumping ship from one team to another, but staying loyal to Ellie through it all.

KH: Same! If Camden could tattoo you, what tattoo would you get?

Mho: I’ll answer for KT! She would get a big fluffy tattoo of me on her back that says, KT and Mho 4-ever.

KH: If you were arrested, what would it be for?

KT: Probably for the silliest thing. I would go to an animal shelter and free all the cats and dogs from their cages and let them roam free. Is that something you can get arrested for?

Mho: I’d get arrested for sneaking into homes and raiding their panty and fridge for cookies and ice cream. KT is mean and doesn’t let me have sweets *pouts*.

KH: Tell me about your getaway car

KT: Mine would be the $1.4 million Ashton Martin One 77 (http://en.wikipedia.org/wiki/Aston_Martin_One-77). The One-77 can reach up to 200mph and go 0-60 in under 4 seconds. It even has Matrix breaks, which just sounds cool because it’s like the movie, The Marix. Mho and I would burn some major rubber in this beauty.

KH: You’re a blogger/reviewer and an author. Tell me a bit about your career and how it all came about – you’ve put out so many books!

KT: I started reviewing books way back in 2002 on Amazon. In 2007 I began reviewing for a few review websites and then decided to start my own blog called Babbling about Books and More (kbgbabbles.com) in Fall of 2008. Blogging gave me the confidence to take my fiction I’ve been writing for personal fun and try and publish it. My first book, Lovestruck, a lesbian contemporary romance came out in June 2010, and since then I’ve published close to 25 works, ranging from short stories, to novellas and full length titles that encompasses both LGBT and Straight romance.

KH: 25 books! Amazing! You’re making the big step into self-pubbing with your fall release of The Gate. Tell people what that’s about!

Mho: I’ve read it and whoa baby, the book is so hot you can fry an egg on it! But it lacks the most important thing to make The Gate the best book of the year! It needs a cute cuddly sheep named Mho. *pokes KT* I expect to be in the second book!

KT: *bangs head against a wall*

Me and Mho and Margaritas in NYC

Thank you KT…and Mho, of course! Now for a few fun things. 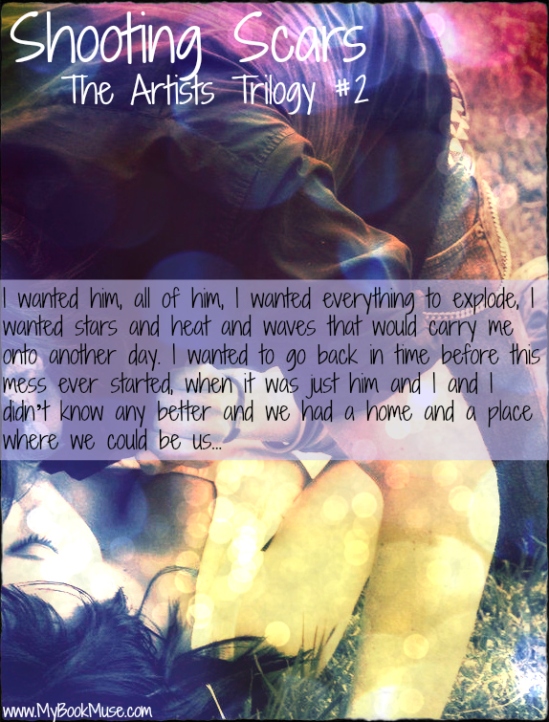 Here’s the official blurb and cover for KT’s book The Gate: 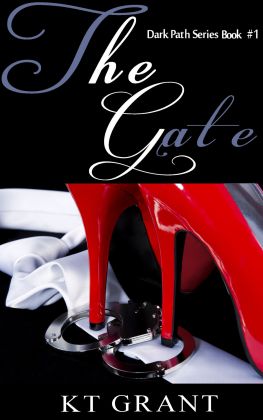 Erika Walsh has carried a torch for Christopher Milton, heir to her father’s publishing empire for years. After one steamy make out session she begins to wonder if it might develop into something more. But when M. L. Crawford, better known as Max, her father’s publishing rival, seeks her out at a society event, she’s drawn to his magnetic charisma and powerful demeanor. Their verbal bantering and innuendo laced overtones stir feelings she never knew existed, and soon Erika is consumed with knowing the real man under Max’s restrained public façade.

Erika’s sweet nature and naivety excites Max to near madness. He wants to train her in the art of seduction and make her succumb to his every wish and command…as his perfect submissive. Yet, Christopher is determined to keep Erika from becoming the latest victim of Max’s sinister sexual hungers. He knows all too well what Max hides in his black soul and will stop at nothing to reveal all of Max’s secrets in order to protect the one thing he holds dear above all else- Erika.

Max’s dark desires scare yet arouse Erika, as he opens her eyes to a new bold world full of passion and ecstasy she never imagined until him. But the biggest question remains: Is Erika’s craving for Max just an illusion that transpires behind the walls of The Gate?

KT Grant is a self-proclaimed eccentric redhead who not only loves to read a wide variety of romances, but also loves writing it. Under her alter-ego, she is a well-known book blogger who doesn’t shy away from voicing her opinion. A proud native of New Jersey, KT is multi-published and writes Gay, Lesbian and Straight romance. KT has been a top ten best-selling author at Amazon, as well as being a multiple All Romance Ebooks best seller and a Night Owl Reviews Top Author Pick.

Error: Twitter did not respond. Please wait a few minutes and refresh this page.