It’s August 2nd (how the hell did THAT happen?) which means the Sins & Authors interview #2 is here. Today we talk with S.L. Jennings, a fabulously talented lady (seriously I love her way with words) who recently became an NYT and USA Today Best-Selling Author for her book Fear of Falling. BIG congrats to her!! I love, love, love this sassy broad.

KH: What attracted you to Sins & Needles?

SL: I loved the original premise. It’s very rare that you find the main character, especially a heroine, as the “villain” or someone that isn’t typically virtuous. It was totally outside the box & something that, as a reader, I hadn’t stumbled across before. Plus you gotta love the cover. I am a sucker for bad ass chicks with tattoos!

KH: Do you have any tattoos? If so, Tell me about them, where are they?

SL: Oh God… is this interview PG-13? LOL I have 2 that cover my left thigh. It’s a cherry blossom branch & Kanji symbols. I have an anchor on my right hand in honor of the Dark Light Series. I have my husband’s initials on the inside of my left wrist. And three birds behind my right ear. The rest were done when I was very young & very stupid and shall not be named.

KH: I have an anchor too for my series! We shall be the best of friends, lol. Hey, your hero in your latest release, Fear of Falling, which has been screaming up the charts, has a lot of tattoos. Can you explain Blain’s tattoos to us?

SL: Blaine calls his tattoos the roadmap of his life. He’s well-traveled and adventurous, and while some people collect souvenirs, he collects art. And we shall definitely be best friends!

KH: Back to Sins & Needles and The Artists Trilogy…are you Team Camden or Team Javier and why?

SL: Team Camden all the way! Is there any other choice? I love Camden because even though he may have done a few fucked up things, he’s still a good guy. And he truly loves Ellie. he risked his life time and time again for her. And I honestly believe he will step it up in Shooting Scars and get his girl. I’m ready for bad ass Cam. Plus, how can you resist the tattoos & glasses?

SL: That’s easy. Cam’s backyard, him taking Ellie from behind, while the steaks burned on the grill. As soon as he slapped her ass, I was DONE!
LOL, too much?

KH: Hahaha, not too much! NEVER TOO MUCH. Describe Ellie, Camden and Javier in one word

KH: If you were arrested, what would it be for?

KH: Lol. Why do you think Ellie, Camden get such a tough time from readers (Javier doesn’t count, because he’s insane)?

SL: I think because they are not the typical ‘hearts & flowers’ couple. They’ve both been through hell. They have pasts that still haunt them & they deal with those ghosts differently than some. And I get them. If I was in Ellie’s shoes, I’d do the exact same things that she’s done. Same with Camden. And that makes them more REAL to me. Some people don’t want real in their books. They want fantasy, which is totally understandable. But for me to feel a character, for me to give them life, they have to be realistic.

KH: Okay, one more question…What are your hopes for Shooting Scars (out August 20th)?

SL: I want Camden to go find Ellie and kill Javier. I want both Ellie & Cam to surprise everyone. I want him to get totally bad ass and I want her to soften enough to let him in completely.

KH: Me too. Let’s hope. I’ve been known for being sadistic…but as an author, I know you can relate to that!

S.L. Jennings
Bio: Author of The Dark Light Series & Fear of Falling. Her bio needs work. I would also add that she’s awesome and swears like a sailor. She also lives in Germany and it’s sad because she’s so far away. 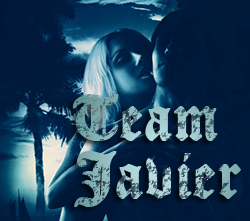